This article by pharmacist Suzy Cohen, originally published at Mercola.com  is very important because doctors are told that diabetics especially need to go onto statin drugs on the unproven theory that cholesterol causes heart disease.  But by increasing blood sugar, lowering Vitamin D and lowering the anti-inflammatory CoQ10, statins can make matters worse.

There are now 900 studies proving  adverse effects showing complications from increased risks of moderate to serious liver dysfunction, acute kidney failure, moderate or serious myopathy, and cataracts.  (This particular metastudy did not look at the effects of statins on blood sugar.)  But if your doctor wants you to go onto statins let him or her know that they increase blood sugar, corrosive blood insulin levels and diabetes.

The Hidden Diabetes Link No One is Telling You About… 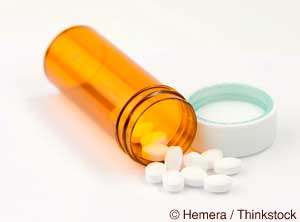 Coronary heart disease is a leading cause of death in the United States, killing one in five adults, and doctors are very quick to prescribe statins. In fact, statin drug sales rank in the billions each year globally.

These drugs are so pervasive that they are no longer just indicated for hypercholesterolemia, they are also being prescribed for elevations in C reactive protein, and are promoted for kids as young as eight years old.

Heart disease is so pervasive that some have boldly suggested that we should put statins in our water supply as some kind of protection.

This is very disturbing.

Do You Really Need a Statin Drug?

By far, statin drugs are the most popular cholesterol-lowering drugs available today. They work in your liver by preventing your body from making cholesterol. The drugs block an enzyme called HMG-CoA Reductase. This can be helpful, but only if you are one of those people who happen to produce too much cholesterol.

It doesn’t do a good job at removing it from your clogged arteries, contrary to what most people think.

Physicians and health experts now agree that statins seem to offer more benefit through their ability to reduce dangerous inflammatory chemicals in your body, rather than by reducing production of cholesterol, which usually leads to uncomfortable, unwanted and dangerous side effects. One study found that lowering cholesterol too much actually backfires.

Cholesterol is good for you; it’s one of your body’s most powerful antioxidants, it makes important neurotransmitters and sex hormones so this madness to lower it as much as possible really concerns me. Plus, I believe the indiscriminate use of statins has contributed to the staggering rise in diabetes…

I watched this happen to my mom who was given a statin, and then told months later she suddenly had diabetes. All of a sudden? This happened many years ago, and it began my search to understand the connection. It also prompted me to write a book on the subject entitled “Diabetes Without Drugs” (Rodale, 2010).

Many statin users come back to see their physician for a routine visit and after the blood work is drawn, they find their cholesterol ratios may be improved, but now they have high blood glucose.

It’s entirely possible that some physicians then mistakenly diagnose their patients with “Type 2 diabetes” when in fact they just have hyperglycemia—a side effect, and the result of a medication that was prescribed to them months earlier.

Do you think you have type 2 diabetes?

I will provide more information so you can see for yourself that so-called “diabetes” diagnosis might not really be genuine diabetes. It may just be hyperglycemia (high blood sugar)—the result of your cholesterol medication, and for some people, it may be reversible with drug discontinuation. Whether or not you are able to discontinue your medication is between you and your physician.

Several studies have indicated that statins can cause high blood sugar, which can be mistaken for “diabetes.” For example, researchers in Glasgow, Scotland conducted a meta analysis, known as the JUPITER trial, which took into account 13 statin trials that each included 1,000 patients or more. The participants were followed for over than a year. The conclusion was there was indeed an increase, albeit small, in the development of Type 2 diabetes.

It should be considered that some of the patients in this meta analysis already had symptoms of insulin resistance or metabolic syndrome, so it could be said that they were on their way to diabetes anyway.

Now consider another meta-analysis published in the Lancet Here, the researchers reviewed randomized controlled trials beginning in 1994 and ending in 2009, for a total of 91,140 participants who took either a statin or a placebo.

They found that people treated with statin drugs showed a nine percent increase for diabetes. They did not evaluate other factors however, which would be considered pre-diabetes, so I suspect their nine percent number to be on the low side.

Insulin is a pancreatic hormone that reduces blood sugar. You want some insulin to maintain blood glucose levels, but too much of it is bad—it’s an inflammatory compound in your body when it is elevated. And guess what? The use of statin drugs appears to INCREASE your insulin levels! High insulin is extremely harmful to your health.

For starters, elevated insulin levels lead to heart disease, and isn’t that the reason cholesterol drugs are prescribed in the first place?

The ratio of glucose to insulin should be less than 10:1, this ratio is far more important than the levels of glucose or insulin alone. Keep that in mind if you seek a complete recovery. For more information about the harmful effects of elevated insulin levels, see my article on dearpharmacist.com, or my book Diabetes Without Drugs.

Unfortunately, the most popular cholesterol drugs in the world seem to increase insulin levels. However, that’s just one mechanism by which these drugs can raise your risk for diabetes.

How Statins Raise Your Insulin

Keeping things simple, you might imagine it like this: When you eat a meal that contains starches and sugar, some of the excess sugar goes to your liver, which then stores it away as cholesterol and triglycerides. Now stay with me — when you have a statin on board, it’s like a message to your liver saying, “No! Don’t make any more cholesterol, please stop.”

So your liver sends the sugar back OUT to your bloodstream. As a result, your blood sugar goes up.

In 2009, it was proven that statins could directly raise blood sugar, whether or not you have diabetes. Over 340,000 people were included before this conclusion was made. The people who did not have diabetes but took statins experienced a rise in blood glucose from 98 mg/dl to 105 mg/dl. Those who already had diabetes and also took statins experienced a rise from 102 mg/dl to 141 mg/dl.

After adjustments for age and medication use were considered, researchers concluded that both diabetic and non-diabetic statin users showed a statistically significant rise in blood sugar.

Why take all these risks, just to get the convenience of taking a pill instead of eating a better diet and exercising?

It’s been scientifically discussed and even published in JAMA that eating a better diet could lower cholesterol as well as the statin drug lovastatin.

And of course, there are so many other benefits to eating a healthier diet that consists of fruits, vegetables, nuts, seeds, and lean meats. Besides feeling better and increasing lifespan, you can squeeze into those skinny jeans you’re hiding in your closet.

Another way statins can affect your blood sugar is via their “drug mugging” effect. A drug mugger is my term, and the title of my newest book, which describes how a drug can rob your body’s warehouse of a valuable nutrient. In the case of statins, they rob your body of two different nutrients, both of which are needed to maintain ideal blood sugar.

The first nutrient that is mugged is vitamin D. There have been mixed studies regarding the D-depletion effect of statins, but statins reduce your body’s natural ability to create active vitamin D called 1,25-dihydroxycholecalciferol, shortened to “calcitriol” when it is eventually converted to its active hormone form.

This happens because statins reduce cholesterol, and you need cholesterol to make vitamin D! It is the raw material that exposure to UVB from sunlight will convert to vitamin D.

It is well documented that D improves insulin resistance, so needless to say, when you take a drug mugger of vitamin D (like statins), then you increase your risk for diabetes.

More specifically, a 2004 study published in the American Journal of Clinical Nutrition determined that raising a person’s serum vitamin D levels (from 25 to 75 nmol/l) could improve insulin sensitivity by a whopping 60 percent.

Compare that to the blockbuster diabetes drug metformin, one of our pharmaceutical gold-standards, which can dispose of blood sugar by a meager 13 percent according to the New England Journal of Medicine.

Now, statins also suppresses your natural coenzyme Q10— also called “ubiquinol” in its active form; it makes energy for every cell in your body, and it’s produced mainly in your liver.

This powerful antioxidant just so happens to also play a role in maintaining blood glucose. When you deplete levels of CoQ10 by taking a drug mugger of it, like a statin drug, then you lose that benefit. You also raise your risk for heart failure, high blood pressure and heart disease as CoQ10 deficiencies can contribute to those conditions. A study by Hodgson et al, published in 2002 found that 200mg CoQ10 taken daily caused a 0.4 percent reduction in hemoglobin A1c.

Moreover, CoQ10 protects your body from oxidative stress, a strong contributing factor in the development of diabetes, metabolic syndrome and heart attacks. You want to make sure you have enough CoQ10 (or ubiquinol) on board to protect every cell in your body. The take home point is that statins annihilate this compound and you need it for good health.

In summary, if you take a statin medication and you’ve been told that you have diabetes, it may be drug-induced, and it’s possible that it can be reversed over the course of time. However, you will have to eat right, exercise, and take supplements that help to lower your risk for heart disease naturally.

Suzy Cohen, R.Ph., has been a licensed pharmacist for 22 years, and has had a weekly syndicated health column for the past 13 years which you can get for free by signing up at her website Widely recognized as “America’s most trusted pharmacist,” she has appeared on The Dr OZ Show, The View, Good Morning America Health and The 700 Club.

Cohen is also the author of three books: The 24-Hour Pharmacist, Diabetes Without Drugs, and Drug Muggers: Keep Your Medicine from Stealing the Life Out of You.